For Love of a Comstock Girl Auditions

Piper’s Players, a local community theater based in the historic Piper’s Opera House, is holding auditions for For Love of a Comstock Girl – a romantic comedy set in 1860s Virginia City.

After a hard day, four miners all decide they’re going to embrace life and spend the night with the beautiful Julia Bulette. Unfortunately she has plans to attend an opera that night. All might be lost for those poor men, but Mark Twain has a plan. He comes up with the idea of a competition – whoever can prove to Julia they love opera the best will be her date for the show, and her company for later. Now, four miners will to embark on a hilarious and heartwarming adventure to impress a Comstock Girl!

Everyone auditioning will bring 1 minute of a song to sing (of their choice) and read from a sample of the script. Our choreographer will also be teaching a short dance.

If you have any questions, please email the director at jhunt@pipersplayers.com

We look forward to seeing you there! 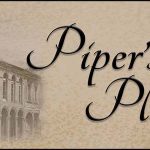 For Love of a Comstock Girl Auditions 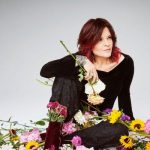 ROSANNE CASH with John Leventhal – She Remembers Everything
Join our E-news
Sign up to receive the latest news,
event information and deals before anyone else!
JOIN