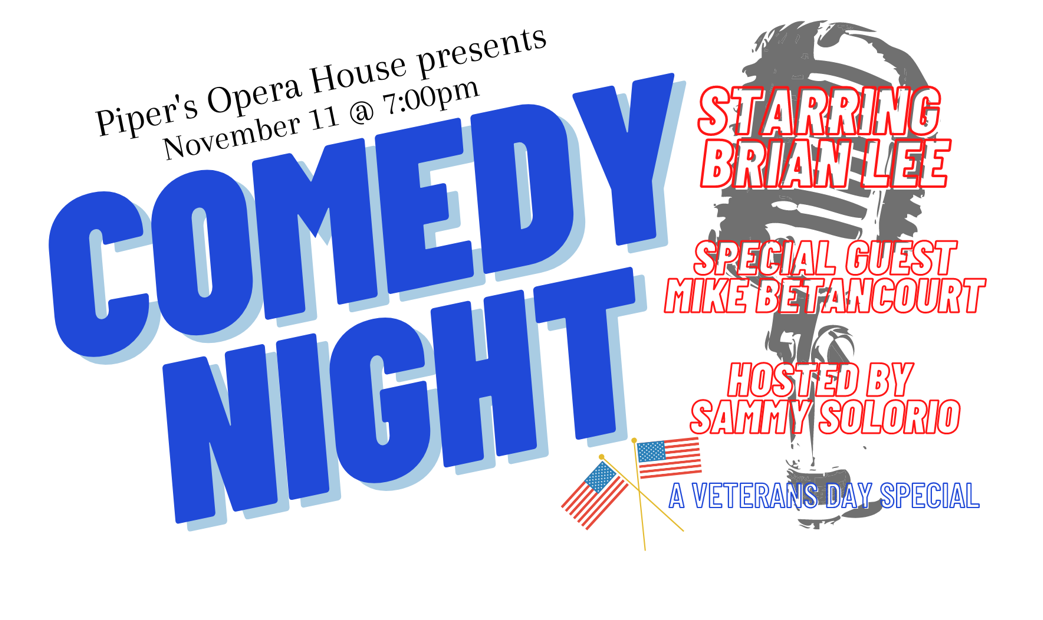 Join us for a night of laughs with local comedians here at Piper’s Opera House!

Tickets are $15 in advance online at Eventbrite.com ($20 at the door)

VIP Box Seating $100 each (sits up to four people) – Best seats in the house!

Born and raised in Reno, NV, Sammy had to keep up with his family’s crazy pace and sense of humor growing up. At a very young age he was always trying to make everyone laugh. Sammy is a comedian who’s not afraid to bare it all. He brings a fresh and funny take on life, finding the funny in any situation.

Mike Betancourt is animated and very energetic. He has a colossal personality which instantly connects with the audience. Mike is seen in the Golden One: Respect You Deserve commercial, Quick Laughs, Wrestlemania 31 (as a Scarecrow and a Russian soldier), Good Day Sacramento and feature films such as: Traffic (starring Paula Patton), Mamaboy (starring Gary Busey) and Guitar Man (Winner of Best Feature at the L.A. Film Festival).

Mike is a US Navy veteran who served as a catapult crewman on board the U.S.S. Theodore Roosevelt (CVN-71). Mike writes and produces his podcast called Me, Mikeself, and I. You can catch his podcast and more at his website www.mikebetancourt.com.

Brian Lee started performing standup in 2000.  His motto has always been “talk about what you know”, and that’s just what he does. Drinking, relationships, lousy day jobs, family life, more drinking, and the possibility of a new religion are just a few of the topics Brian tackles. Brian also takes audience participation to a new level with his off-kilter game show, “Cerebral Punishment”.

This event is sponsored in part by the Sugarloaf Mountain Motel in Virginia City, NV 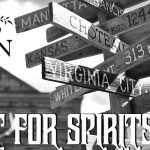 Hunt for Spirits
Join our E-news
Sign up to receive the latest news,
event information and deals before anyone else!
JOIN